When Chef Jason came to us with his idea to do a cooking show for TSTT that would invite users to view and share content via the communication company’s services, we didn’t hesitate to jump on board. 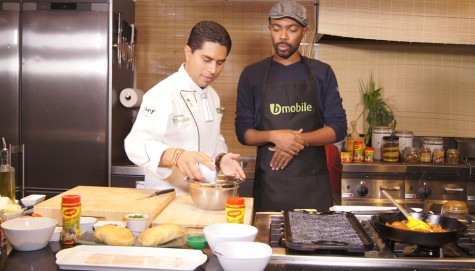 The challenge: To create an entertaining, interactive cooking show, with a less than limited budget. #bubblewithus was born. Chef Jason with a cast of bmobile celebrity ambassadors and co sponsors Maggi and Naughty Grape took viewers through interesting recipes that inspired users to try them at home. Added to that, each show asked an interactive question based on content within the show, which users were invited to answer for the chance to win special bmobile premium items. Not to mention, one user who submitted a winning recipe was given a chance to be a guest sous chef for an episode. Detnator provided concept and full video/audio production for this first of a kind content on the local social media landscape. bubblewithus for a few.